We finish off Invertebrate August in style, with great suggestions from Rosy and Kim!

Also, I was a guest on The Flopcast last week if you want to hear me talking about DragonCon and birding with my friend Kevin! Also, he actually has a few pictures of me if you want to know what I look like (I hate having my picture taken).

Why Do Mantids Only Have One Ear?

Secrets of the orchid mantis revealed 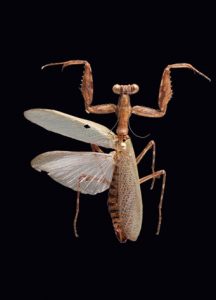 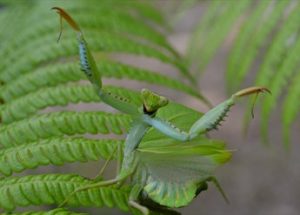 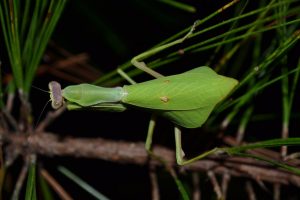 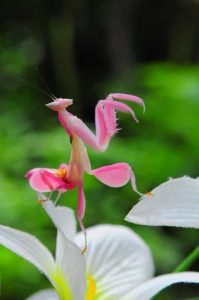 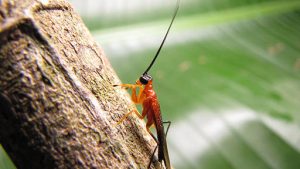 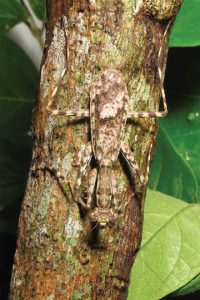 The Indian domino cockroach is actually kind of cute: 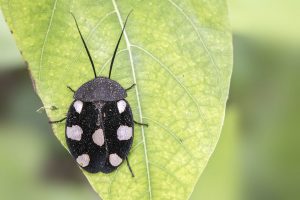 A hissing cockroach GET IT OFF YOUR HAND OMG WHY ARE YOU TOUCHING IT: 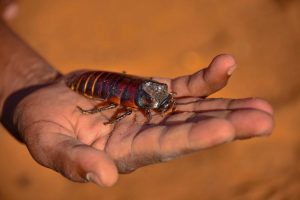 It’s the last week of Invertebrate August, but what a wild ride it’s been. We’ll round out the month with a few more listener suggestions, so thanks to Kim and Rosy for some awesome topics!

Before we get started, though, last week I was a guest on The Flopcast, a hilarious and family-friendly podcast about geeky stuff like old cartoons and TV shows and music from when you were a kid, unless you’re a kid now in which case music from before you were born. I talked with the host Kevin about DragonCon, so if you are interested in hearing me talk about something besides animals, I’ll put a link in the show notes so you can go listen!

But now, on to the invertebrates! First, let’s learn about the mantis, also called the praying mantis, which is Rosy’s suggestion. If you play Animal Crossing you’ll be familiar with the orchid mantis, but there are lots of species. Lots. Like, almost 2,500 species. They live throughout much of the world but are most common in tropical areas.

All mantises have elongated bodies, enlarged forelegs used for catching and holding prey, and a triangular head with big eyes. The mantis walks on its two rear pairs of legs but holds its big front legs up to use as weapons. Most species have wings and can fly, some don’t, but they are all predators. Most are ambush predators who wait for an insect or other small animal to come near, then grab it with their spiny front legs. Mantises have good vision since they primarily hunt by sight. They’re also most active during the day.

The mantis will eat, in no particular order, insects, frogs and other amphibians, lizards, snakes, small turtles, mice, small birds, spiders, other mantises, and fish. That’s right, fish. In 2017 a team researching insects in India observed a mantis catching guppies in a rooftop garden pond. To reach the guppies, it walked across the water-lilies growing on the water. The scientists observed the mantis catch and eat nine guppies over the course of several nights, and surprisingly, it hunted them in the evening and night when mantises aren’t usually active.

Mantises can and will catch and eat hummingbirds by climbing onto hummingbird feeders or into flowering bushes, and when a hummingbird comes to feed, chomp! So basically, mantises will eat anything they can catch, and they can catch a lot of things.

The eyesight of mantises is interesting, and scientists are discovering more about it all the time. A study published in 2018 reports that the stereo vision, also called 3D vision, that mantises have is very different from that in humans. Whereas human vision is in 3D all the time, the mantis’s stereo vision only kicks in when there’s movement nearby. At that point the mantis has sharp details of exactly where potential prey is, since that’s what’s most important to it. The mantis is also the only insect known to have stereo vision at all.

The mantis doesn’t have any kind of hearing organ on its head and for a long time entomologists thought it was deaf. But it turns out that the mantis does have a type of ear that’s specialized for one thing. It’s not on the head, though. Many species of mantis have a single ear, or what’s called an auditory thoracic organ, in what is sort of their chest, just in front of the middle pair of legs. Technically the organ is split in two, but it acts as a single ear. The reason they have this organ is to detect bats. That’s right, bats. The ear can hear in the ultrasonic range. Some mantis species will fly to find new territory, especially males, and they do this mostly at night to avoid birds. But then they have to avoid bats. When a flying mantis hears a bat’s echolocation calls, it will go into a dramatic dive to avoid it, sometimes just plummeting to the ground.

Most mantises have evolved camouflage to hide from both predators and prey. Some look like leaves, like a newly discovered species from the Honduras and Mexico. Hondurantemna chespiritoi lives in forests and demonstrates sexual dimorphism, where the males and females look very different. The male is light brown with darker and lighter spots, and basically looks sort of like a bundle of sticks. He’s about two inches long, or 5 cm. The female is twice his size and bright green, with forewings that resemble leaves—so much so that the wings have spots that look like blemishes on a leaf and veins that resemble veins in a leaf. The wings are also big enough to hide the body.

Flower mantises, including the orchid mantis, are camouflaged to look like flowers. You probably guessed that from the name. The orchid mantis lives in tropical forests in parts of southeast Asia and is rare and beautiful. It looks so much like a flower that butterflies will land on it thinking it’s actually a flower, at which point—you know. CHOMP. It’s white and pink with heart-shaped lobes on its legs that resemble flower petals, and it mostly eats butterflies and bees. But scientists have determined that despite its name, the orchid mantis isn’t actually trying to specifically mimic an orchid. It doesn’t perfectly resemble any particular type of flower, but seems to have evolved to look like a general flower of the kind that insects just like.

Another newly discovered mantis species, Vespamantoida wherleyi, mimics a wasp. It was discovered in Peru near the Amazon River in 2013, and is bright orangey red in color with black markings and long antennae. Not only does it look like a wasp, it even walks and acts like a wasp. Since wasps are famous for their stinging abilities, many predators avoid them.

Other mantis species are camouflaged to look like tree bark, like the 19 new species of mantis described a few years ago that live in Central and South America. They’re called Neotropical bark mantises and unlike most mantis species, they actively pursue prey. They’re extremely fast runners as a result. They have flattened bodies and are mottled to look like pieces of bark, including imitation patches of moss and lichen. Another bark mantis group lives in Australia.

New species of mantis are discovered frequently, and some entomologists think only about half of the species alive today have actually been described scientifically. Many species that are described have barely been studied. So if you were thinking of going into entomology, praying mantises are a hot field.

The smallest species of mantis is Bolbe pygmea, which only grows to about 10 mm long. It lives in Australia. The largest species is probably the Chinese mantis, which grows almost 4.5 inches long, or 11 cm. It’s native to China and other parts of Asia, but has been introduced into North America.

The female mantis lays her eggs inside a ball of froth that then hardens to make a protective shell called an ootheca [oh-a-THEK-a]. Depending on the species, the ootheca may be attached to a tree or other plant, or may just lie on the ground. In some species, the female guards her eggs by standing over the ootheca and attacking anything that comes too close. Baby mantises are called nymphs.

That brings us to the one thing that most people know about the praying mantis, that the female cannibalizes the male after or even during mating. This does happen in some species, but not always. It tends to happen more when the female is hungry or poorly nourished, but males are typically cautious about approaching a hungry female. But yes, sometimes the female does just bite the male’s head off, literally, while the pair is in the process of mating.

The praying mantis gets its name because of the way it holds its front legs up. It sort of looks like someone saying a prayer. In this case, the prayer is probably, “Please let me find a big juicy bug to eat.”

The mantis is closely related to the cockroach, which is perfect because Kim suggested roaches as a topic! There are even more cockroach species than there are mantis species, which is saying a lot—at least 4,600 known. Of those, only about 30 are ones that want to live in your house and only six of those 30 are major pests.

A few cockroach species are actually pretty, like the Indian domino cockroach from southern India. It’s a rounded insect that lives in leaf litter in forests and eats decomposing plant material. It grows about 1.5 inches long, or 3.5 cm, although males are smaller. It’s black with seven big white spots.

Generally, though, cockroaches are nothing special to look at. Most species are plain brown with a small head, a flattened body, and wings, although not all species can fly. Most are omnivorous and nocturnal, and many are social insects that live in colonies. They’re also extremely tough. They can go a month without eating at all and some species can even survive up to 45 minutes without air.

Cockroach pests will eat human food, pet food, leather, shed hairs, skin flakes they find in dirty clothes, paper, glue, and book bindings. They can spread diseases like salmonella, although fortunately it’s not very common. Cockroach feces can cause asthmatic reactions in some people, though, and can make your home smell bad.

Cockroaches can also become resistant to pesticides. One effective way to rid your home of roaches is to release a whole bunch of praying mantis nymphs inside. The nymphs will eat each other as well as cockroach nymphs, and once the surviving mantises are adults they will happily eat up all the full-grown and young roaches they can find. Of course then you’ve got mantises in your house, but mantises don’t spread diseases that humans can catch, and of course you can name them and treat them as pets. Some people keep mantises as pets anyway.

Speaking of which, some people keep the Indian domino cockroach as a pet. Some other people keep the hissing cockroach as a pet. The hissing cockroach is native to Madagascar and mostly lives in rotting logs, where it eats rotting plant material. There are actually 20 known species and they differ from other cockroaches because they don’t have wings. Also, they make horrible noises. The hissing is a method of communication and includes different hisses to warn other roaches when a predator approaches, or to establish dominance, or to attract a mate. The largest species can grow up to 3 inches long, or 7.5 cm.