Thanks to Ella and Jack for this week’s topic suggestion, animals that mate for life or develop pair bonds! Happy Valentine’s Day!

Wisdom the albatross, now 70, hatches yet another chick

The prairie vole mates for life: 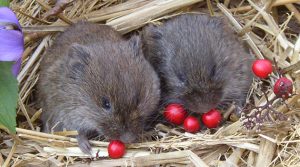 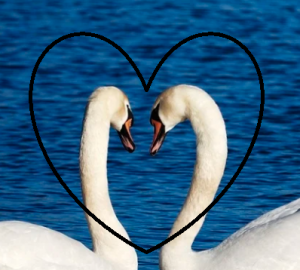 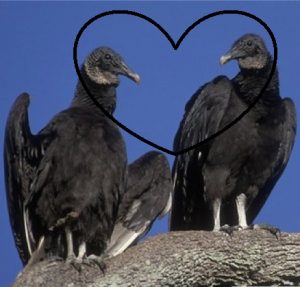 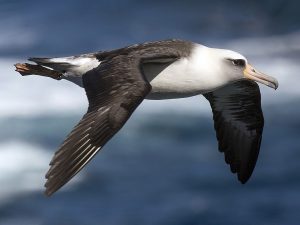 Wisdom the Laysan albatross with her 2021 chick (pic from the link listed above). I hope I look that good at 70: 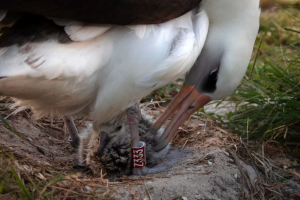 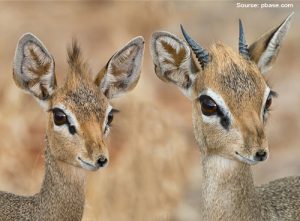 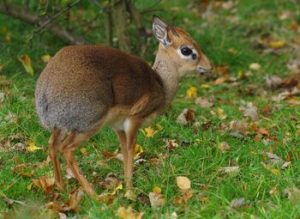 The dik-dik nose is somewhat prehensile: 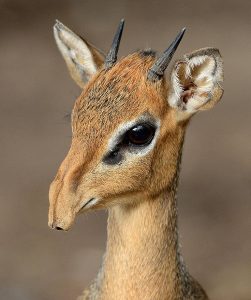 The pileated gibbon (and other gibbons) forms pair bonds: 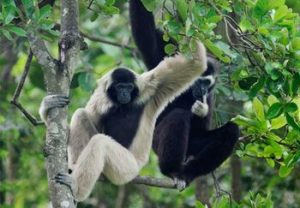 Last February Ella and her son Jack suggested a Valentine’s Day topic. I already had the February episodes finished last year, but this year Valentine’s Day falls on a Monday and that just seems too perfect to pass up. So thanks to Ella and Jack, we’re going to learn about some animals that are monogamous.

Valentine’s Day falls on February 14th and in many European cultures is a day celebrating love and romance. It also falls at the very beginning of spring in the northern hemisphere, when many animals start finding mates.

Different species of animal have different relationships. Some animals are social, some are solitary. Every species is different because every species has slightly different requirements for reproducing due to different habitats, foods, how much care the babies need, and so forth.

There are different types of monogamy among animals and it can get complicated, just as it’s often complicated in people, so I’m going to simplify it for this episode into two categories: animals that mate for life and animals that form pair bonds. Animals that mate for life, meaning the male and female seek each other out every mating season to have babies together, don’t necessarily spend all their time together outside of mating season. Animals in pair bonds spend a lot of their time together, but they don’t always exclusively mate with each other. But some animals do both.

For instance, the prairie vole. This is a little rodent that lives in dry grasslands in central North America, in parts of the United States and Canada. It’s about the size of a mouse with a short tail although it’s more chonky than a mouse, like a small dark brown hamster. It spends most of its time either in a shallow burrow it digs among grass roots or out finding the plant material and insects it eats by traveling through aboveground tunnels it makes through densely packed plant stems. It lives in colonies and is a social animal most of the time, and the male in particular is devoted to his mate. He’s so devoted that once he’s found a mate, he will even drive away other females who approach him.

The only time the prairie vole isn’t social is during mating season, which is usually twice a year, in fall and in spring. At that time, mated pairs leave the colony and find a small territory to have their babies. The pair spends almost all their time together, grooming each other, finding and sharing food, and building a nest for the babies. When the babies are born, both parents help care for them.

The male prairie vole mates for life. Most of the time “mating for life” means that if one of a pair dies, the other will then find a new mate. But for the male prairie vole, if his mate dies, he stays single for the rest of his life. He also shows behaviors that are similar to grief in humans. The female prairie vole is a little more practical and although she also grieves if her mate dies, she’ll eventually find another mate. Researchers who study prairie voles have discovered that the hormones found in mated pairs are the same as those in humans who are in love.

That’s so sweet, and I wish I didn’t have to talk about the voles dying. I think the opposite of love isn’t hate; the opposite of love is grief. It’s okay to be sad even for a long time when someone you love dies or moves far away, or if your own pair bond doesn’t work out. It’s also okay to find happy moments even when you’re grieving. Life is complicated. Also, just going to point out, devoted as they are to each other, sometimes a prairie vole will mate with someone besides their own mate.

One bird that’s famous for being monogamous is the swan. It mates for life and also forms pair bonds. These pair bonds form while the swans are still young, and the young couples basically just hang out together long before they’re old enough to have babies. It’s no wonder pictures of swans appear on so many wedding invitations and Valentine’s day cards. It helps that they’re beautiful birds too. The black vulture also mates for life but no one puts vultures on a wedding invitation. Also, swans sometimes split up and find new mates. Things don’t always work out with a pair bond, even for swans.

Another large, beautiful bird that mates for life is the albatross, but it doesn’t form a pair bond. Most of the time the albatross is solitary, traveling thousands of miles a year as it soars above the open ocean, looking for squid, small fish, and other food near the surface of the water. But once a year in some species, and once every two years in other species, albatrosses return to their nesting grounds and seek out their mate.

Albatrosses live a very long time so are really picky about who they choose as a mate. Once a pair forms, they develop a complicated, elegant dance to perform together. Each couple’s dance is unique, which helps them find each other in a crowded nesting colony when they haven’t seen each other in a couple of years.

The oldest wild bird in the world that we know of is a Laysan albatross named Wisdom. She was tagged by scientists in 1956 when she was at least five years old already, and as of 2021 she was still healthy and producing healthy chicks with her mate. Her leg tag has had to be replaced six times because she’s outlasting the material used to make the tags.

The Laysan albatross is a smaller species of albatross, with a wingspan of not quite 7 feet, or over two meters. Its body is mostly white, although its back is gray, with black and gray wings and a dark smudge across the eyes that looks very dramatic. It spends most of the time in the northern Pacific between the west coast of North America and the east coast of Asia, but it only nests on 16 tiny islands. Most of these are part of the Hawaiian islands with a few near Japan, but recently new breeding colonies have been spotted on islands off the coast of Mexico.

Wisdom the albatross is estimated to be at least 70 years old as of 2021 and she’s raised 30 to 36 chicks successfully. Because of her age, which is old even for an albatross, she may have outlived her first mate and taken another. She’s been with her current mate since at least 2012.

Albatrosses only lay one egg during nesting season. Both parents help incubate the egg and feed the baby when it hatches. It takes two or three months for the egg to hatch, depending on the species. Once the egg hatches, it’s at least another 5 or 6 months before the chick is old enough to leave the nest and care for itself, and in some species this is as much as 9 months. This means a big time and energy investment for both parents.

Albatrosses don’t reach sexual maturity until they’re at least five years old. Birds younger than this still join the breeding colony and practice their dance moves for when they’re old enough to choose a mate.

Pair bonding and mating for life are common in birds, rare in amphibians, reptiles, and fish, and surprisingly rare in mammals. One mammal that both mates for life and forms a pair bond is a tiny antelope called a dik-dik.

The dik-dik lives in parts of eastern and southern Africa and is barely bigger than a rabbit, which it somewhat resembles in shape. It stands less than 16 inches tall at the shoulder, or 40 cm, although its back and rump are arched and rounded and so are actually higher than the shoulder. Females are usually larger than males, while only males have horns. The horns arch back from the head but because the male has a tuft of long hair on the top of his head, and because the horns are only about 3 inches long at most, or 7.5 cm, they can be hard to see.

The dik-dik has an elongated snout that’s somewhat prehensile. It lives in hot areas without much water, so it gets most of its moisture from the plants it eats. Most of the time hot weather doesn’t bother it, but on exceptionally hot days it can cool down by panting through its long nose. Its nose is lined with blood vessels close to the surface and it has special nose muscles that allow it to pant quickly. Air moving over the blood vessels helps cool the blood.

Because pretty much everything eats the dik-dik, traveling long distances to find a mate is dangerous. Once the dik-dik finds a mate, they stay together for life in a small territory and spend most of their time together. Females give birth to one fawn twice a year, and the fawn no longer needs its parents at about 7 months old. Parents drive away their grown offspring, who leave to find a mate and territory of their own.

Humans, of course, strongly pair bond because we’re such intensely social creatures, and many people choose a partner and stay with them for life. Then again, we don’t always. Surprisingly, our closest living cousins, the great apes, are also very social, but they don’t typically form pair bonds and females may mate with different males.

The gibbon, which is a lesser ape instead of a great ape, does often form long-lasting pair bonds. We’ve talked about various species of gibbon in previous episodes. Gibbons are the apes that sing elaborate duets with their mates, with their children sometimes joining in as a chorus.

Here’s a pair of pileated gibbons singing together. The female is named Molly and was in a rehabilitation center after being injured, but she found a wild mate while she was recovering: