If you’re a subscriber on Patreon, you may recognize some of the information in this episode, but I’ve updated it and added a whole bunch. Thanks to Pranav for the topic suggestion! 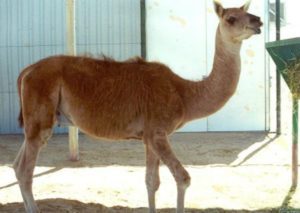 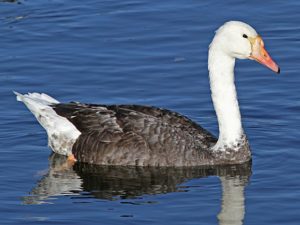 Motty the Asian/African elephant hybrid and his mother: 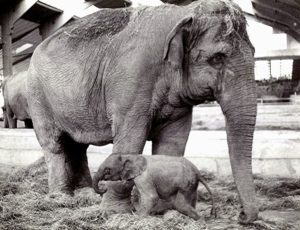 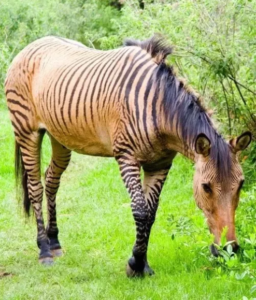 This week we’ve got another listener suggestion. Pranav really really wants me to do an episode about hybrid animals, but I’ve been dragging my feet on it because I actually already did an episode on the topic back in 2017—but only for Patreon subscribers. It wasn’t my best episode so for various reasons I’d decided not to unlock it. But Pranav really really wants to learn about hybrids! So I’ve taken part of the Patreon episode and added a lot of newer information to it to bring it up to date and make it more interesting.

The term for an animal with parents of different species is hybrid. Crossbreed is also a common term, although technically a crossbred animal is one with parents of the same species but different breeds, like a labradoodle is a crossbreed of a Labrador and a poodle. Both parents are domestic dogs.

A mule, on the other hand, is a hybrid between a horse and a donkey, specifically a mare and a jack, which is what a male donkey is called. The offspring of a stallion and a lady donkey, known as a jenny, is a hinny.

So why can a horse and a donkey breed while, for instance, a possum and a rat can’t? The two species must belong to the same family, and with very few exceptions, they must also belong to the same genus. The genus is indicated in an animal’s scientific name. Equus caballus is a horse and Equus africanus is a donkey, while a Labrador and a poodle are both Canis familiaris, or Canis lupus familiaris depending on who you ask. The Virginia opossum is Didelphis virginiana while the brown rat is Rattus norvegicus. They’re not even slightly related, although superficially they look alike.

If the hybrid’s parents are from species with different numbers of chromosomes, hybrid males will almost always be sterile. You can’t cross two mules to get more mules, for instance, because male mules can’t make babies. Female mules are sometimes fertile but very rarely conceive. Horses have 64 chromosomes while donkeys have 62. Mules end up with 63. Hinnies are much rarer than mules because if the female of a pair of related species has fewer pairs of chromosomes than the male, it’s less likely that any offspring will result.

More closely related species can have fertile offspring. Killer bees, for instance, are hybrids of a European honeybee and an African honeybee. The two are actually subspecies of the honeybee, Apis mellifera, so it’s less like creating a hybrid and more like crossing a Labrador and a poodle to get an adorable happy pup with curly hair. It seemed like a really good idea. The result was supposed to be a tropical bee that would produce more honey. What actually happened was killer bees. Which do actually kill people. Hundreds of people, in fact, since they escaped into the wild in 1957 and started spreading throughout the Americas.

When animals hybridize even though they aren’t of the same genus, it’s called an intergeneric hybrid. That’s the case with sheep and goats. While sheep and goats are related on the subfamily level, they belong to separate genuses. Sheep have 54 chromosomes while goats have 60. That’s enough of a difference that most hybrid babies don’t survive long enough to be born alive, but it does happen occasionally. Usually the babies have 57 chromosomes, and sometimes the babies survive and even prove to be fertile when crossed with either a goat or a sheep. So that’s weird.

Just because someone wants to find out what you get when you cross, say, a sheep and a goat, doesn’t mean the sheep and goat in question are willing to make that effort. The less closely related the two animals are, the less interested they are in mating. Occasionally hybrids are produced by artificial insemination, or rarely by genetic manipulation of embryos, although genetic manipulation technically results in a chimera, not a hybrid.

Another intergeneric hybrid is a cross between a male camel and a female llama. In this case it’s accomplished by artificial insemination and has only produced a handful of living babies, called camas. Researchers were hoping to produce a camel-sized animal with a llama’s more cooperative temperament, but camas turn out to act like camels. So basically they’re just camels that aren’t as big or strong as camels.

Many hybrids resemble one or the other of their parents. Motty was a fascinating blend of both. He had five toenails on his forefeet and four on the hind feet like his mom. African savannah elephants like his dad have four front toenails and three hind toenails. But he had longer legs and bigger ears than an Asian elephant. His trunk was wrinkled like his dad’s, but had only one digit at the tip like his mom’s. African elephants have two digits at the tip of their trunks. Even the shape of Motty’s head and back were a mixture of his parents’ characteristics.

So why would anyone want to cross species to get a hybrid? I mean, you might end up with killer bees.

A lot of times hybrids show what is known as hybrid vigor. This is more common in hybrid plants, but some hybrid animals combine the best features of their parents. Mules, for instance, have more stamina than horses and are stronger than donkeys. A hybrid of a domestic cow and an American bison is called a beefalo, which is bred to produce leaner meat in an animal that is better for the environment than a cow but easier to handle than a bison. But a lot of times, hybrids are the result of human ignorance, such as keeping related animals together without realizing babies might result, or human curiosity. We just want to see what might happen.

Unfortunately, for every healthy mule-like hybrid, there’s an unhealthy, malformed, or stillborn animal from parents who should have never produced offspring. Motty the elephant was premature and died of infection when he was only eleven days old, probably because his immune system was weakened due to his hybridized genetics.

Lions, tigers, leopards, and other big cats can all interbreed, but the resulting babies sometimes have unusual health issues. When a male lion and a female tiger breed, the resulting babies are known as ligers, and ligers are enormous. They’re much bigger and heavier than both their parents. This sounds neat, but it happens because of a genetic anomaly that means the animals just grow and grow much faster and longer than a normal tiger or lion cub. This puts stress on the body and can lead to health problems. Ligers can sometimes weigh over 1200 pounds, or over 550 kg, and grow up to 12 feet long, or 3.6 meters, bigger than a full-grown tiger or lion. The offspring of a puma and a leopard, often called a pumapard, has the opposite problem, with cubs usually inheriting a form of dwarfism. The cubs are only half the size of the parents.

The savannah cat is now accepted as a domestic cat breed by some organizations, but it was first developed in 1986 by crossing a female domestic cat and a male serval. The serval is a wild cat from Africa with large ears, long legs, and a spotted and striped coat pattern. It’s a little larger than a domestic cat and is sometimes kept as an exotic pet, although it’s not domesticated. The hybrid babies inherited their mother’s domesticated nature and turned out to be mostly sociable with humans, although some are less tame. But while Savannah cats are pretty, the kittens of a serval and domestic cat are often stillborn or premature, and many male offspring are infertile. Savannah cats are also prone to certain health issues, especially heart problems. Some areas have banned savannah cats since they’re not considered fully domesticated.

Some whales will hybridize in the wild, including the fin whale and the blue whale, which are closely related. Dolphins of different species sometimes hybridize when they’re kept together in captivity, such as the false killer whale and the bottlenose dolphin. The resulting babies don’t usually live very long. Occasionally dolphins also hybridize in the wild too. In 2017 a hybrid baby of a rough-toothed dolphin and a melon-headed whale, which is actually a species of dolphin, was spotted off the coast of Hawaii. Researchers were able to get a small tissue sample from the young hybrid to DNA test, which confirmed its parentage. The melon-headed whale mother was also spotted with her calf in a pod of rough-toothed dolphins.

Birds also sometimes hybridize in the wild. This happens occasionally where the range of two closely related species overlap. Since the resulting babies may look very different from both their parents, this makes bird-watching even more challenging. Some warbler species hybridize so often that the hybrid offspring are well-known to birders, such as Brewster’s warbler and Lawrence’s warbler. These two birds are both offspring of a golden-winged warbler and a blue-winged warbler mate, with the appearance different depending on which traits the babies inherit from which parent.

Occasionally a domestic chicken will mate with a wild pheasant and produce babies, since chickens and pheasants are related. Very rarely, a swan and goose will mate and produce babies, although the babies don’t usually survive very long. One swan-goose hybrid that did survive was hatched in 2004 in Dorset in the UK, with a mute swan mother and a domestic goose father. The baby was referred to as a swoose and it was the only of the offspring to survive. It looks like a goose but with a longer, more swan-like neck and head.

If you’ve listened to episode 25, part one of the humans episode, you’ll recall that human DNA contains traces of DNA from our extinct cousins, including Neandertals. If Neandertals were still around, we could undoubtedly produce hybrids with them. But what about our living cousins, the other great apes? Humans are closely related to chimpanzees, but could a human produce a hybrid with a chimp? It’s possible but very unlikely. We belong to different genuses and have different numbers of chromosomes, not to mention the enormous ethical issues involved.

Let’s finish up with my favorite hybrid animal, the zebroid. This is a term for any hybrid where one parent is a zebra and the other parent is a horse, a donkey, or a pony, which also leads to the terms zorse, zedonk, and zony. These all crack me up, especially zedonk.

Zebroids are usually at least partially striped, frequently on the legs and neck but sometimes all over. The mane may stand up like a zebra’s or fall over the neck like a horse’s. The zebroid is adorable because of the stripes, but it’s also ornery and can be aggressive. There goes my dream of having a stripy horse.