This week we’re going to learn not about strange birds, but about strange sounds some birds make. Thanks to Sam for the suggestion, and thanks to Llewelly and Leo for suggesting two of the birds we feature today! 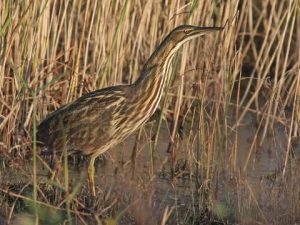 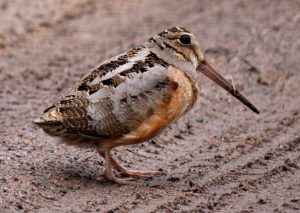 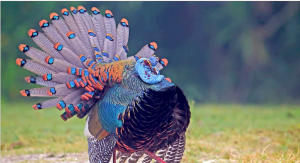 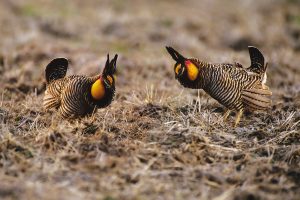 Halloween is over and we’re all just about sick of candy, or maybe that’s just me. Either way, if you live in the northern hemisphere we’re heading into winter, but if you live in the southern hemisphere spring is in full swing! And spring means birdsong! Thanks to Sam for the suggestion that we do a whole episode about interesting bird calls, and thanks to Llewelly and Leo for some excellent bird suggestions.

But we can’t cover all the weird bird calls out there in one episode. I think I’ll make this a recurring topic, and every so often we’ll get a weird birdsong episode. This time we’ll learn about a few birds of North America, although one is from Central America. Let’s start with this unusual sound.

That’s the call of the male American bittern, a type of heron that lives throughout most of North America. It’s brown with paler streaks that help camouflage it in the reeds and water grasses where it spends most of its time. It likes freshwater marshes and other wetlands with lots of tall plants to hide in. When the bittern feels threatened, it stands still, points its long bill upwards with its neck stretched out, and sways slightly to imitate the reeds around it. But it still does this even if it’s standing out in the open, because while it’s a neat bird, it maybe is not exactly a genius.

The bittern eats fish, crustaceans, insects, and other small animals. Like many birds, whatever parts of its food it can’t digest, like fish scales and dragonfly wings, form into pellets in its digestive tract that it regurgitates later. Males sometimes fight over territories by flying upwards in a spiral, both birds trying to stab each other with their bills.

The male is the one that makes the weird call we just heard. He gulps air to inflate his esophagus, which is the inside part of the throat, and uses the air to make his call. This is more similar to the way frogs call than birds. He also clacks his bill. He only makes this call during breeding season, which is in the spring and summer.

Next, let’s listen to the call of another North American bird, the American woodcock:

The American woodcock is a relatively small bird with short legs, basically no tail, large black eyes, and a long pointy bill. It’s considered a game bird although I’m not sure why, since people don’t seem to eat it. It’s brown with black and lighter brown markings which camouflage it perfectly among dead leaves, and it looks like a shore bird because it’s actually closely related to shore birds like sandpipers. It lives in woodlands and pastures throughout eastern North America. It uses its long bill to probe the ground for earthworms, and the tip of the upper half of the bill, properly called a mandible, is flexible so the woodcock can grab a worm without actually opening its beak. It also eats small insects and other invertebrates, and seeds. It’s mostly active at dawn and dusk, and it migrates at night.

In spring, the male woodcock attracts females by a flight display called sky dancing. He spirals upward, then down again, chirping melodically while the wind through three specialized primary feathers in his wings make a twittering sound, which is what we just heard.

Next is this bird, which was suggested by Llewelly.

That’s the ocellated turkey, also called the green peacock. It mostly only lives in a small area of Mexico called the Yucatan Peninsula. It’s a type of wild turkey and at first glance it looks and acts like an ordinary turkey. But when the male fans his tail as a display to females, the tail feathers have colorful eyespot patterns like a peacock’s tail.

The ocellated turkey has a bluish head bare of feathers, with a red wattle on its face. Its body feathers are black, copper, green, and white, which makes it even prettier than an ordinary turkey. I know people think turkeys are ugly, but wild ones are actually quite attractive birds. Both males and females have eyespots on the tail feathers.

The ocellated turkey is smaller than the wild turkey, which it’s related to. It’s also related to chickens, pheasants, partridges, and peacocks, more properly called peafowl. Like most of these other birds, it can fly but prefers to walk or run on its sturdy legs.

It eats seeds and other plant parts, insects, and other small animals. Most of the year, males form small bachelor flocks while females form larger flocks together with their half-grown babies. In breeding season, though, males will fight each other, although mostly they just want to impress hen turkeys with their elaborate display dances and gobbling calls, which we just heard.

It’s about the size of an actual chicken with a short tail, rounded wings, and mostly brown and black feathers. The male has big round patches on either side of the neck that are bare of feathers. The skin on this patch is a yellowy-orange, as is the male’s comb. During mating season, the male inflates the neck patch to show off for females and performs a display dance.

The display takes place in groups where both males and females come together on what are called booming grounds. A male inflates his neck pouches, raises his tail to show a white patch of feathers, raises long black feathers on his neck to look like horns, and lowers his head. Then he stamps the ground, leaps in the air, makes cackling and loud cooing sounds, rushes at other males, and basically tries to impress as many females as he can. It’s actually really funny to watch. I’ll try to find a good video of it and link to it from the show notes.

There used to be a subspecies of greater prairie chicken called the heath hen that lived in the eastern United States, but it went extinct in 1932 from overhunting. It actually pretty much went extinct by 1870, maybe as early as 1840, with only a small population remaining on the island of Martha’s Vineyard. The Martha’s Vineyard birds were protected in 1908 and started to rebound from only 70 birds to nearly 2,000, but a combination of inbreeding, poultry disease, a fire that destroyed most of the nests in 1916, and several unusually severe winters sent the population plummeting again. In 1927, only 13 birds remained, and 11 of them were males. The next year only males remained, and by 1932 the very last male was seen all alone on the booming grounds. He died soon afterwards, and that was the end of the heath hen.

Modern conservationists have considered introducing greater prairie chickens to Martha’s Vineyard, since the heath hen was important to the local ecosystem. There’s even been speculation that the heath hen might be a good candidate for de-extinction, with genetic material collected from museum specimens and edited into the closely related greater prairie chicken genome.

We’ll finish up with a chirping song that some of you may recognize. See if you can figure it out.

Did you get that one? It was a trick question, because that’s not a bird! It’s a CHEETAH! And now you have a hint about what next week’s episode is about.