Thanks to Isaac for suggesting the chamois, our main topic this week!

The chamois in New Zealand

A chamois in its summer coat: 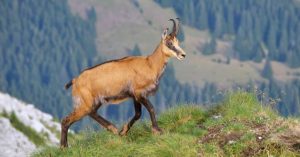 A chamois in its winter coat: 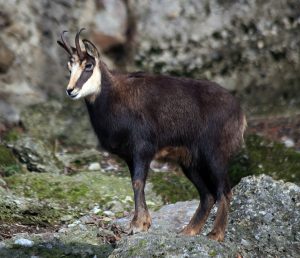 Myotragus, the “cave goat,” may have looked something like this museum restoration: 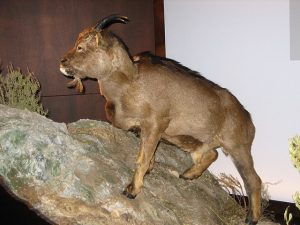 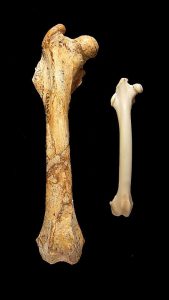 This week we’re going to talk about an animal suggested by Isaac, the chamois, along with a few other animals. I realize we’ve talked about a lot of mammals lately so I’ll try to switch it up for the last few episodes of the year.

The chamois is a species of what are called goat-antelopes. Its name is French and is spelled c-h-a-m-o-i-s, but in English a lot of people pronounce it “shammy.” Shammy is also what people call polishing cloths of various types, because it’s short for chamois. If you ever heard those commercials on TV for something called the sham-wow, that’s a paper towel thingy that’s based on the shammy cloth. The reason for all this confusion between an animal and a cloth is that the original shammy cloth was a piece of leather from the animal that was used to polish high-quality items like fancy cars since it’s very soft and won’t scratch anything. Most shammy cloths you buy these days are likely to be made from plush cloth or the skin of domestic goats or sheep.

As for the animal, it’s native to mountainous parts of Europe, including the Alps. It’s also been introduced to New Zealand’s South Island where it’s an invasive species that threatens many native plants. Since chamois meat is considered a delicacy, commercial hunters in New Zealand travel into the mountains by helicopter, kill as many of the animals as possible, and bring the meat back to sell to restaurants. This is encouraged by the New Zealand government in an attempt to protect native plants, although red deer, feral goats, and hares are also introduced animals that do a lot of damage to the delicate mountain environment.

The chamois is small, only about two and a half feet tall at the shoulder, or 80 cm. It has cloven hooves and both males and females have small black horns. The horns are mostly straight but bend backwards at the tips into a sort of hook shape, and while males have thicker horns, they aren’t usually that much longer than the female’s. Horns grow up to 11 inches long, or 28 cm.

In summer the chamois’s fur is light brown with a darker stripe on each side of the face that runs from the nostrils, over the eyes, and up to the horns. In winter its fur grows very thick to keep it warm in its mountainous habitat, and it’s a much darker brown, almost black. It still has the dark band on its face with lighter colored fur on its cheeks and jaw, though. Its tail is very short and isn’t usually visible.

Female chamois live in small groups along with their offspring. Males are solitary most of the year, but during mating season in autumn and early winter, called the rut, males fight each other for the attention of females. The female gives birth to a single kid in late spring. In the winter the chamois migrates to lower elevations where there’s more food, but in summer it migrates to high elevations above the treeline where it’s safer from predators. It can run extremely fast, up to about 30 miles per hour, or 50 km/hour, and can jump as much as 20 feet, or 6 meters. It can even jump over six and a half feet high, or 2 meters, straight up. It’s very bouncy.

I mentioned that the chamois is a goat-antelope, so let’s go back to that term. The goat-antelope isn’t actually a type of antelope, although it is an antelope relation. Goat-antelopes are bovids, along with antelopes, actual goats, sheep, cows, and many others. The goat-antelopes are members of the subfamily Caprinae, which includes goats, sheep, musk ox, mountain goats, takins, and many other interesting animals that we need to talk about one day. One of these is the extinct Myotragus, called the mouse goat or the Balearic Islands cave goat because the first fossils were found in a cave. It didn’t actually live in caves, although it was weird in other ways.

The cave goat was a small animal, only about 18 inches tall, or 46 cm, and both males and females had small horns that probably looked like a goat’s horns. Like most other goat-antelopes, researchers think the cave goat was a browser that ate lots of different kinds of plants, although its ancestors had probably been grazers that ate mostly grass. But its eyes were oriented for binocular vision like a predator’s eyes, instead of being on the sides of its head as in most herbivores, which allows an animal a much wider range of vision to watch for predators. Since the cave goat had lived on islands for several million years and didn’t need to worry about large predators, it didn’t need the adaptations that other prey animals have. For instance, it probably was a slow walker and couldn’t jump at all, sort of the opposite of the chamois.

An analysis of the rate of growth in the cave goat’s bones discovered something really weird. Most mammals grow quickly and steadily throughout their youth and then stop growing when they reach adulthood. The cave goat grew very slowly and sometimes stopped growing completely for a while, and didn’t reach full maturity where growth stopped until it was about 12 years old. Most goat-antelope species reach their full size within a year or two. This pattern resembles that of a reptile, not a mammal, and researchers think it was an adaptation to its restricted habitat. An island only has so much food available at any given time, so being able to slow or stop growing for a while when food is scarce, then resume growing when there’s more food to convert to energy, is an efficient way to deal with scarcity. When the finding was published in 2009, a lot of articles called the cave goat cold-blooded, or ectothermic, but we don’t actually know if this was the case.

The cave goat went extinct around 3,000 years ago when humans arrived on the islands where it lived. But instead of ending on that sad note, let’s look very quickly at another animal that lived on the same islands before the cave goat. It was a gigantic weird rabbit called Nuralagus rex.

Nuralagus was a rabbit but due to island gigantism, it was way larger than an ordinary rabbit and would have looked very different. It was about 20 inches tall at the highest point of its back, or 50 cm. Like the cave goat but unlike other rabbits, it couldn’t jump. Its spine was stiff and there weren’t very many predators to worry about, so it could just walk around and find plants and other giant bunnies and that’s all it needed. It didn’t have very good hearing compared to most rabbits, so its ears were probably much shorter in relation to its body. It was only described in 2011, which just goes to show how many weird animal discoveries are still waiting to be found.