It’s our second updates and corrections episode! Thanks to everyone who sent in corrections and suggestions for this one! It’s not as comprehensive as I’d have liked, but there’s lots of interesting stuff in here. Stick around to the end to learn about a new species of human recently discovered on the island of Luzon. 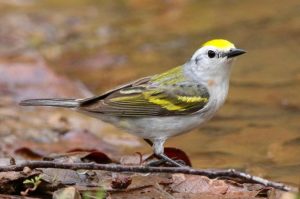 Yes, it’s our second updates episode, but don’t worry, it won’t be boring!

First, a few corrections. In episode 45 I talked about monotreme, marsupial, and placental mammals, and Tara points out that the placenta and bag of waters are different things. I got them mixed up in the episode. The bag of waters is also called the amniotic sac, which protects and cushions the growing baby inside with special amniotic fluid. The placenta is an organ attached to the lining of the womb, with the bag of waters inside the placenta. The umbilical cord connects the baby to the placenta, which supplies it with all its needs, including oxygen since obviously it can’t breathe yet.

Next, I covered this correction in in episode 111 too, but Judith points out that the picture I had in episode 93 of the Queen Alexandra’s birdwing butterfly was actually of an atlas moth. I’ve corrected the picture and if you want to learn more about the atlas moth, you can listen to episode 111.

Next, Pranav pointed out that in the last updates episode I said that the only bears from Africa went extinct around 3 million years ago–but the Atlas bear survived in Africa until the late 19th century. The Atlas bear was a subspecies of brown bear that lived in the Atlas Mountains in northern Africa, and I totally can’t believe I missed that when I was researching the nandi bear last year!

Finally, ever since episode 66 people have been emailing me about Tyrannosaurus rex, specifically my claim that it was the biggest land carnivore ever. I don’t remember where I found that information but it may or may not be the case, depending on how you’re defining biggest. Biggest could mean heaviest, tallest, longest, or some combination of features pertaining to size.

Then again, in 1991 a T rex was discovered in Canada, but it was so big and heavy and in such hard stone that it took decades to excavate and prepare so that it can be studied. And it turns out to be the biggest T rex ever found. It’s also a remarkably complete fossil, with over 70% of its skeleton remaining.

The T rex is nicknamed Scotty and was discovered in Saskatchewan. It lived about 68 million years ago, and turns out to not only be the biggest T rex found so far, it was probably the oldest. Paleontologists estimate it was over 30 years old when it died. It was 43 feet long, or 13 meters. This makes it bigger than the previously largest T rex found, Sue, who was 40 feet long, or 12.3 meters. Scotty also appears to be the heaviest of all the T rexes found, although estimates of its weight vary a lot. Of course some researchers debate Scotty’s size, since obviously it’s impossible to really know how big or heavy a living dinosaur was by just looking at its fossils. But Scotty was definitely at least a little bigger than Sue.

Scotty is on display at the Royal Saskatchewan Museum in Canada.

Way back in episode 12, I talked about snakes that were supposed to make noises of one kind or another. Many snakes do make sounds, but overall they’re usually very quiet animals. A snake called the bushmaster viper that lives in parts of Central America has long been rumored to sing like a bird. The bushmaster can grow up to ten feet long, or 3 meters, and its venom can be deadly to humans.

Now let’s do some quick, short updates, mostly from recent articles I’ve happened across while researching other things.

A triple-hybrid warbler, its mother a golden-winged/blue-winged hybrid (also called a Brewster’s warbler) and its father a warbler from a different genus, chestnut-sided, was sighted in May of 2018 by a birder in Pennsylvania. Lowell Burket noticed it had characteristics of both a blue-winged and a golden-winged warbler but sang like a chestnut-sided warbler. He contacted the Cornell Evolutionary Biology Lab about the bird with photos and video of it, and they sent a researcher, David Toews, out to look at it. Toews caught the bird, measured it, and took a blood sample for analysis. I think a listener told me about this article but I didn’t write down who, so thank you, mystery person.

A recent study of saber-toothed cat fossils show that many of the animals with injuries to their jaws and teeth that would have kept them from hunting properly survived on softer foods like meat and fat. Researchers think the injured cats were provided with food by other cats, which suggests they were social animals. The study examined micro-abrasions on the cats’ teeth that give researchers clues about what kinds of food the animals ate.

Simon sent me an article about a 228 million year old fossil turtle, Eorhynchochelys [ay-oh-rink-ah-keel-us]. It was definitely a turtle but it didn’t have a shell. Instead, its ribs were wide, which gave its body a turtle-like shape. Turtle shells actually evolved from widened ribs like these. Researchers are especially interested because Eorhynchochelys had a beak like modern turtles, while the other ancient turtle we know of had a partial shell but no beak. This gives researchers a better idea of how turtles evolved. Oh, and in case you were wondering, Eorhynchochelys grew over six feet long, or over 1.8 meters.

The elephant bird, featured in episode 51, was a giant flightless bird that lived in Madagascar. Recently new research about elephant birds has revealed some interesting information. For one thing, we now know what the biggest bird that ever lived was. It’s called Vorombe titan and grew nearly ten feet tall, or 3 meters, and weighed up to 1,800 lbs, or 800 kg. It was first discovered in 1894 but not recognized as its own species until 2018.

There’s also some evidence that at least some elephant bird species may have been nocturnal with extremely poor vision. This is the case with the kiwi bird, which is related to the elephant bird. Brain reconstruction studies of two species of elephant bird reveal that the part of its brain that processed vision was very small. It resembles the kiwi’s brain, in fact. One of the species studied had a larger area of the brain that processed smell, which researchers hypothesize may mean it lived in forested areas.

Speaking of humans, humans evolved in Africa and until very recently, evolutionarily speaking, that’s where we all lived. Scientists rely on fossils, archaeological materials, and studies of ancient DNA to determine when and where humans spread beyond Africa. But at the moment, the DNA that researchers have studied doesn’t overlap entirely with what we’ve learned from the other sources. Basically this means that there are big chunks of data we still need to find to get a better picture of where our ancestors traveled. Part of the problem is that DNA preserves best in cold, dry areas, so most of the viable DNA recovered is from middle Eurasia. Fortunately, DNA technology is becoming more and more refined every year.

This brings us to a suggestion by Nicholas, who told me about a newly discovered hominin called Homo luzonensis. Homo luzonensis lived on an island called Luzon in the Philippines at least 50,000 years ago. It wasn’t a direct ancestor to Homo sapiens but was one of our cousins, although we don’t know yet how closely related.

No one thought humans could reach the island of Luzon until relatively recent times, because of how remote it is and because it hadn’t been connected to the mainland for the last 2 ½ million years. But when Homo floresiensis was discovered in 2004 on the island of Flores in Indonesia, which you may remember from episode 26, suddenly scientists got interested in other islands. Researchers knew there had been human settlements on Luzon 25,000 years ago, but no one had bothered to search for older settlements. In 2007 a team of paleoanthropologists returned to the island and found a foot bone that looked human. In 2011 and 2015 the team found some teeth and more bones from at least three different individuals.

We don’t know a whole lot about the Luzon humans yet. The discoveries are still too new. The Luzon hominins have a combination of features that are unique, a mixture of traits that appear more modern and traits that are seen in more ancient hominins. They’re also smaller in stature than modern humans, closer to the size of the Flores people. Homo luzonensis apparently used stone tools since researchers have found animal bones that show cut marks from butchering.

Researchers are starting to put together a picture of South Asia in ancient times, 50,000 years ago and more, and it’s becoming clear that there were a surprising number of hominins in the area. It’s also becoming clear that hominins lived in the area a lot longer ago than we thought. Researchers have found stone tools on the island of Sulawesi that date back at least 118,000 years. Even on Luzon, in 2018 researchers found stone tools and rhinoceros bones with butcher marks that date back over 700,000 years ago. We don’t know who those people were or if they were the ancestors of the Luzon people. We just know that they liked to eat rhino meat, which is one data point.